I am tired and sore. My body is completely running low on glycogen and writing this blog requires energy I just don’t have right now. Wildflower long course triathlon reared its ugly head this week and lived up to its reputation as being one of the hardest half Ironman distances around.  I will try to keep my race report quick because honestly I don’t know how much I can write today! 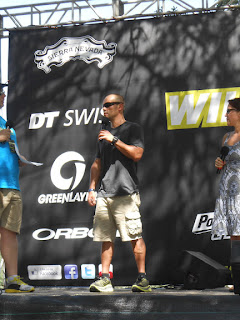 First, before I go any farther I once again have to give a huge amount of thanks to my sponsors Hoka One One, Franco Bikes, GU Energy, 2XU ,XTERRA Wetsuits, and Torhans for providing support and cutting edge
products that made this weekend possible. I placed 3rd in my division and I contribute much of my success to them this weekend. It was also a pleasure to be asked to share about clubfoot deformity and being a triathlete. I was asked to be on a panel of “inspirational” athletes sharing their unique stories and challenges. It was a wonderful time of education.

As we arrived into town Friday I knew that the temperatures were going to be an issue. The sun was out and it was dry. The temperature for Friday was hovering around 100 degrees with an expected temperature in the low 80’s for Saturday’s long course. 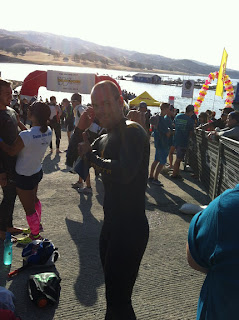 Swim: The swim was rather uneventful and was not really too hard. The water was warm, around 70 degrees, which made for a nice comfortable swim. The winds at this time were low and the water was relatively calm. I had a fast swim around 34 minutes. I really wanted to stay slow and steady. I knew if I got my heart rate high I would be done for the day. I kept a nice steady pace the whole time with the exception of trying to adjust my goggles which filled with water a few times.

At one point I stopped so I could sight the next buoy. The sun had just started coming up and it was difficult to sight because of the glare off the water. As I exited the water I just lightly jogged/walked up the steep boat ramp into T1 knowing if did run the ramp I would run the risk of getting on the bike with a high heart rate. I took four minutes into T1 and every minute was well worth the wait. My heart rate quickly dropped as I grabbed my bike and headed out for a very challenging day.

Bike: As I left transition I knew I was in for a hell of a ride. My race plan for the bike was to stay aero when I could, climb easy and keep my heart rate down! I had no concern for high average speeds, knowing that I would possibly blow up later in the course if I tried to push the pace. Heading out I was greeted with a few small rollers. The first major climb was less than a mile away and I knew what to expect. It was not bad at all. It was a long hill, but I managed to keep my HR down the whole climb.

At the top of the climb I began to feel the heat of the day. I managed to take in some salt stick and a few gels. The next 15 miles or so were rolling hills, hot temperatures and wind. The winds were hitting from all directions. The roads were horrible and made for a very bumpy ride. Around mile 25, I was caught by a nice tail wind which kept me comfortable for a short time.

I kept looking down on my Garmin to make sure I was in my correct HR zones. I was also counting miles knowing that mile 40 was ahead, which meant I was about to meet the Nasty Grade. Miles 30-40 were just brutal. The unforgiving head wind just kicked by butt around town. I was actually looking forward to climbing Nasty just to get the hell out of the wind. I hit the Nasty Grade grinding and mashing for 4 miles straight up hill. At this time my HR was screaming over 200 bpm.

I managed to make it to the top and began my decent into town. I approached mile 50 thinking the next ten miles would be easy. I had no legs left after that Nasty climb which left me fighting against my mind for the remaining miles. I started mentally checking out during this time. I knew if I could keep moving I would be into T2 in no time. I finished off my salts and my remaining gels while spinning out my legs into transition. I made it!

Run: I laced up my Hoka One One’s and headed onto the course. At this time it was hot and my legs were shot to pieces after that bike course. I had to walk the first half mile just to gain my composure and reset my heart rate. I took in a few gels, took a few sips from the first aide station I saw and began to feel a little better.

On the first few miles of the run course there are some small hills to run. At this time these hills seemed huge, but I managed to settle into a pace. The real challenge comes around miles 4-13. There is really not much to say or words to describe it, but the next 9 miles SUCKED! It was hot, the hills where tough and many where forced to walk in pain. I knew around mile 8 I needed to gather my composure and muster as much physical and mental strength I could. I knew I would finish but it was going to be hard.

I managed to run, jog and walk when needed. I hit every aide station staying wet and hydrated along the way. During the run I must have dumped at least a few gallons on me over the course of the day. I headed down Lynch Hill, which is a steep 1.5 mile decent into the finish line. At this point my feet and legs where screaming for me to stop. I had to walk a few feet here and there because of the pain of the day. I managed to make it, though. I finished. 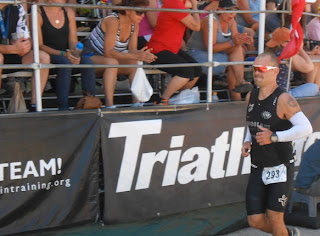 I ended up in medical with several ice bags in my shorts and underneath my tri top and arm pits. I was hot and I started feeling sick. I was nauseous and thought I was going to throw up, but I didn’t! I finally cooled down and headed to the festival to grab my much needed and anticipated beer.
Back at camp many reported that the conditions where the worse they have seen in years. It was just to damn hot and windy.
Wildflower broke me to some extent. Even though I finished it was not easy, that course was nasty!  I think Ironman Arizona was easier. Wildflower did not let me down though and I loved every minute. I raced against some fast guys and was inspired by their will to survive as well. It was a spectacular humbling weekend and look forward to taking it on again next year! 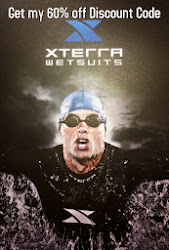